We went on our much needed first family vacation to Hilton Head Island and had a wonderful time.

The last time I ran on vacation was in 1998, the summer before my senior year of high school. Between now and then I've vacationed just three times. Honeymoon in Hawaii, no running. First anniversary in Gatlinburg, no running. Fourth anniversary in Savannah, no running (although only because I was getting over a terrible cold).

In Hilton Head Island I ran three times. None of those runs were all that long, but I was pretty happy to get them in.

The first run was on these great bike paths on streets lined with palm trees and other trees dripping with Spanish moss, ending on the beach access for our resort. Seeing those gorgeous trees with Spanish moss took me back to Savannah and in ways it was a redemption run. 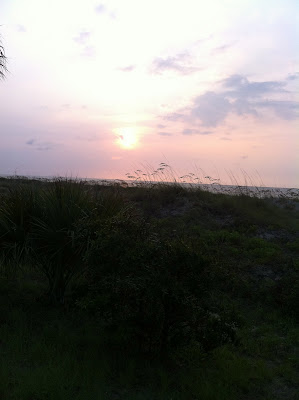 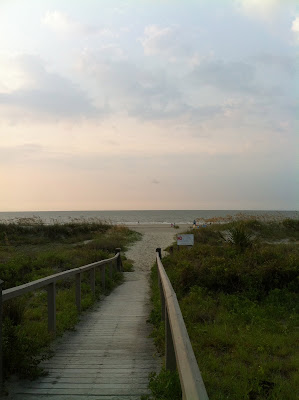 The second was a treadmill run in the resort's fitness center. When I signed in I saw I was the only person who used the facility that day. I got there at 8pm. The fitness room closed at 10pm. It wasn't the best run in the world after a heavy dinner with a mojito, but I did get to watch part of 17 Again...again, which I might add is much better without the sound.

The third run was the morning we left. The beach has quite a bit of well packed sand and I saw a ton of people not only running, but biking on the beach throughout the trip and I knew I could get a run in on it without all the effort required with loose sand. So I started before sunrise and it was great. I ran into the rising sun just until it cleared the horizon and then turned around. Here are the awesome views! 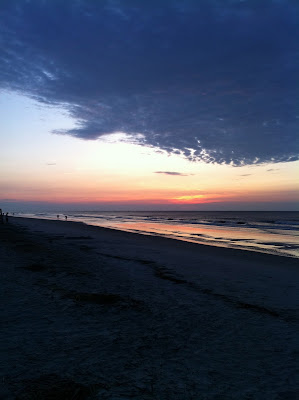 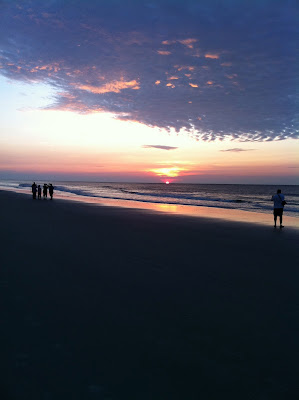 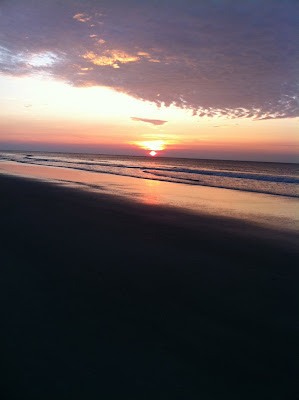 Posted by Heather at 5:28 PM No comments: